In 1990, shortly after the principal social, political and economic changes, 2 Czech natural subjects incorporated the private company AQUA PROCON. The objective of the founders was to provide designing and engineering services in the field of water-management structures. Contrary to other companies which had existed before 1990, AQUA PROCON found itself in a market environment practically from the beginning of its operations. It managed to utilise the possibilities appearing after 1989 and thus the bases of the company, or the group, were established and the company has successfully developed since its incorporation into the present form.

In 1994, the daughter company AP INVESTING s.r.o. was established along with Stanislav Jelínek, who has been its director since the incorporation. The objective of this daughter company is to render engineering services in the field of capital construction in close cooperation with the mother company AQUA PROCON s.r.o.

In 1998, AQUA PROCON s.r.o. invested its funds in the acquisition of an old building in Brno, Palackého tř. 12 and subsequent reconstruction in order to establish the company‘s head office there. In May 2000, the construction work was successfully completed and AQUA PROCON s.r.o. and AP INVESTING s.r.o moved in the new head office. This was a milestone in the company’s history as the new building enable further development as to the number of employees and the use of state-of-the-art technologies. 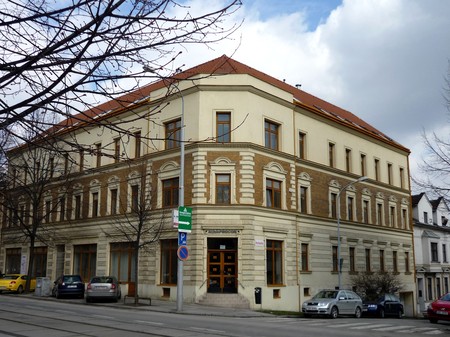 In 1998, a designing centre in Olomouc was established.

In 2002, AQUA PROCON s.r.o. expanded towards the west of the country, and a division in Prague was established. This was another major milestone in the development of the company as the company starts being engaged in the whole country thanks to this step.

In 2000, the company was given a chance to provide its services in the design and engineering preparation of the project called „The Dyje River Basin Protection“. Investors in these projects were Svaz VKMO s.r.o., unions of water supply and sewage systems in Blansko, Šlapanice, Třebíč and Žďár nad Sázavou. This was the first regional group project in the Czech Republic and basically also in the EU with total costs of approx. 49.1 MEUR. The objective of this project was to obtain an EU grant from the ISPA fund for the renewal and extension of the water management infrastructure for 11 towns and municipalities in 4 districts of the South Moravian region. In 2002, the EC in Brussels approved assistance for this project, the construction started in 2004 and was successfully completed in 2007. AQUA PROCON s.r.o. also greatly contributed to the success of the project. The involvement in this project marked another milestone for the company as the company gained an important reference and important experience with the preparation and implementation of EU funded projects. This was the basis for the engagement of the company in other water management projects funded by the EU.

In 2003, the company won important tenders in Slovakia for the project „Water supplies and sewerage in the region of Orava“(comprehensive design and engineering work). The objective of this project was to obtain a grant from the EU Cohesion Fund for the renewal and extension of the water management infrastructure in 3 districts (Námestovo, Dolný Kubín, Tvrdošín) of the region of Žilina. The total project costs amounted to 73.2 MEUR. In 2005, the EC in Brussels approved assistance for the 1st stage of this project, the construction started in 2006 and was completed in 2009. The company AQUA PROCON s.r.o. obtained an important reference in Slovakia and important experience with the preparation and implementation of EU funded projects in the Slovak environment.

In 2006, Petr Sukač sold his share to the other two partners.

In 2007, the company’s logo was updated in order to show that the company AQUA PROCON has been here, is here and will be here. A new company’s growth strategy was defined.